I just found out that I will be published in the PIEA journal, the first and only (to my knowledge), peer reviewed journal about photography.

It is easier sometimes to recognize when everything is going wrong rather than when something goes right. I am not an optimist, so when things do pan out well I usually write them off or underplay them. But I am trying to change my outlook. I am trying to be a better proponent of myself.

This is a win. Getting an article published in Rangefinder is also a win. I still have a lot of things that I have done that have not gone anywhere, not received note, merit, or award, but now I have two wins. So all of the effort I have put forward hasn't been for nothing, hasn't been a waste. My networking, my hard work, my attention to my writing has paid off. In one of these two cases, that will be literal.

I think it is important to list the wins. I think it is important to understand that progress has been made in order to continue to make progress, to continue to take steps. Being in an artistic field requires that you find a sort of self motivation to keep moving. Right now I am high on life, but in a week or a month I will be questioning things again. But having this, remembering this, cherishing this is perhaps where the fuel for the self motivation comes from. I am just glad that I can see it now. I hope to continue to see the wins and allow the losses to exist for their reasons without assuming I should quit and die. (Dramatic, I know, but that's me.)

Recognize the wins, my friends. It may be the only way to keep moving forward in this artistic life.
Posted by Moose Tucker at 11:30 AM 2 comments:

I keep bouncing back and forth regarding what it is I should do with the project. This weekend the class spent an incredible amount of time looking at and talking about my work and the direction of my final show. The main question that I wanted help in answering was what to do about Ren. I know I already wrote him an obituary, but there are a lot of reasons why I think having Ren is important.

- I think his presence makes the work more universal and applicable to a greater audience.
- I think the balance of the two without the benefit of compromise makes an important statement.
- I think it brings up different gender questions, like forcing the viewer to reflect on how we, as a society, view vanity in women versus men; why we feel narcissism is more a female trait or if we even do; why we expect certain airs to be put on by women; and why men in some of these situations seem acceptable and not out of the ordinary when with women they are bizarre and out of place.

But, there are also some reasons that I agree with my committee that the project would be more successful without Ren.

- The images of Rin are more consistently produced and successful.
- A show about narcissism that contains only one individual would be more likely to be read as narcissism by the audience.
- I have a full show of Rin already and only four images that I could put on Ren's side.
- People that I respect are suggesting that I get rid of Ren and I have had a weird feeling about this portion of the project for a while.
- Also, I don't care what people think about the gender issues. I can't get away from what people bring to the work on their own, I can only put forth my concept and my work and try to make the strongest, most complete argument I can.

So, like I said before, I am torn. This weekend a good portion of the class voted to keep Ren, one student that I highly respect voted to oust him, and the others remained undecided and silent. Ultimately I realize that the decision is mine, but I am not sure what to do. The way that I had visualized the show has been altered once again. I saw it as a mantle in a standard living room with half of the space dedicated to Rin and half to Ren with an image demonstrating the lack of compromise hanging in the middle. Now, I don't know what to do. 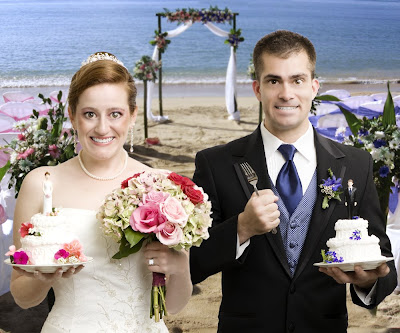 Posted by Moose Tucker at 7:14 PM No comments: